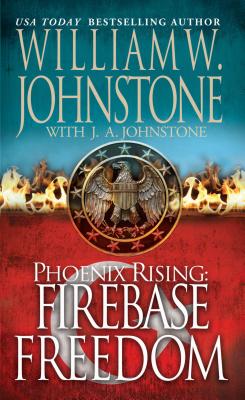 Share:
Eighteen months ago, America was invaded from within - by the self-proclaimed "Army of Allah." Now, U.S. veteran Jake Lantz and a ragtag team of survivalists have built a safe hold on Pleasure Island. From this home base in the Gulf, they can reclaim our nation's natural gas wells for Phoenix, freedom's last defence against Islamic invaders. But when U.S. President Ohmshidi publicly admits that he is, and has always been, a Muslim, every American is forced to choose sides - or else. Under presidential order, electric power, privileges, and "peace" will be restored - to any citizen who pledges allegiance to the new regime. Jake and the Phoenix Group are willing to sign up - over their dead bodies. Instead, they're reaching out to patriots across the nation to build an underground network of rebels. Like the Founding Fathers before them, they'll do anything for their country. Swear on their lives. Fight to the death. And blow this "New World Order" to kingdom come.