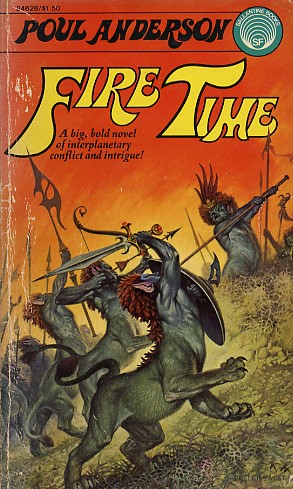 Share:
Every thousand years Fire Time came to Ishtar...a time when the giant red sun Anu approached, scorching the planet and driving the barbarian hordes from the north.

For once Larreka, commander of the Legions of the Gathering in the south, hoped that the Tassui might be driven back. Perhaps this time Ishtars civilization would survive the barbaric onslaught.

But a warlord had arisen among the invaders -- and under Arnanak, the Tassui were relentlessly sweeping south...bringing even more destruction than the death-dealing rays of the Demon Sun.

Suddenly the men of Earth, stationed on Ishtar, found themselves torn between the two warring factions...