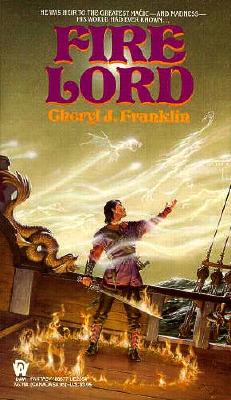 Share:
FIRE MADNESS --
was released on Serii when the master sorcerer, Lord Venkarel, fought for and won temporary control of the Taomin, a matrix of Power which, in the hands of Horlach, the last of the ancient Sorcerer-Kings, could have enslaved the entire world.
For Lord Venkarel, the price of victory was his mortal life. His wife and fellow-wielder of Power, Rhianna, lost both her husband and the newborn son she was forced to secretly foster out for the child's own survival. Serii itself was plagued by the dread legacy of the Taormin war -- the Rendies, creatures of soul fire that preyed upon the living bringing insanity and death.
And for the child of wizards, raised among ordinary mortals and ignorant of both his noble and his magical legacy, the siren call of the Rendies and the Taormin itself inexorably drew him along a treacherous pathway to a confrontation with his own hidden past and with a power trapped far to long in a world whihc was never meant to contain it.