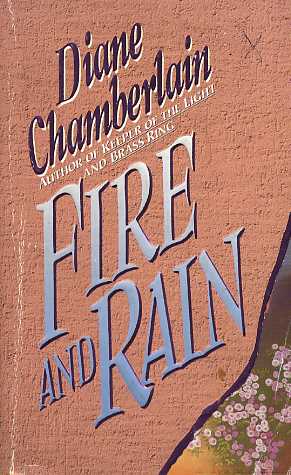 Share:
A COMPELLING DRAMA THAT DELVES INTO THE DEEPEST REACHES OF THE HUMAN HEART TO REVEAL ITS DARKEST SECRETS

Valle Rosa, a small southern California town,-has been withered by drought and ravaged by wildfires that race through the canyons, destroying homes and claiming lives. Christopher Garrett, once a star pitcher in the major leagues and now Valle Rosa's beleaguered mayor, is horrified at the death and destruction, and he makes an impulsive decision to hire Jeff Cabrio, a mysterious stranger who believes he can create rain.

Jeff's only conditions are food, lodging, and total privacy. But his charisma and intriguing claims are impossible to hide--especially from Mia Tanner, a brilliant young sculptor intent on escaping her past, and Carmen Perez, a TV news reporter recently divorced from the mayor and struggling to rebuild her career. Jeff can only perform his miracle at considerable personal risk, and as he races against time, Carmen relentlessly pries into his background, unaware that by doing so she must soon face her own secrets, and that for all of them, far more than the future of Valle Rosa is at stake.