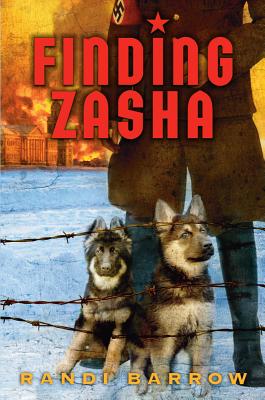 Share:
Randi Barrow is back with another gripping heroic World War II story about a boy and his best friend, a German shepherd!

In 1941, the Germans began the long, bloody siege on Leningrad. During the chaos, twelve-year-old Ivan is sent to live with relatives when his mother's job is moved to the mountains. But it is a long and dangerous journey to get out of Leningrad. After settling into a new town it falls under Nazi occupation and Ivan is picked by Axel Recht, an especially heinous soldier, to come work for the Nazis. One of Ivan's more pleasant tasks is to train Alex's dogs. Yet Ivan is determined to use his position to undermine the Nazis and rescue the dogs. But Ivan underestimates Axel's attachment to Zasha and Thor, and soon finds himself being hunted by a ruthless soldier who will stop at nothing to get his dogs back. As World War II rages around them, Ivan must find a way to hide from Axel, protect Zasha and Thor, avoid the constant barrage of deadly bombings, and survive in the devastating conditions of a city cut off from the world.