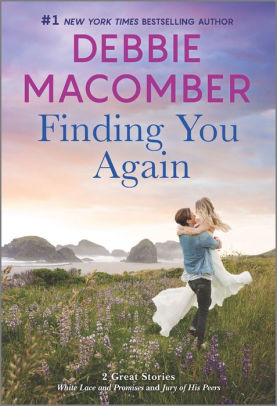 For two couples, rediscovering each other is the path to true love.

Back in high school, Maggie Kingsbury and Glenn Lambert were best friends. When they meet again years later at their friends’ wedding, both are surprised by the strength of their attraction to each other. After a dizzying night, Glenn makes a spur-of-the-moment proposal—and they get married the very next day! Now they’ll have to figure out if their marriage was a spontaneous mistake or if they’re willing to take a chance on love.

Jury of His Peers

Caroline Lomax hasn’t seen Ted Thomasson since she was twelve and he was fifteen. Back then, she thought he was obnoxious—and she hasn’t changed her mind. Thrown together on jury duty, though, she starts to realize how much of a connection they really have. Now Ted wants Caroline to see him as more than a boy from her past. He wants her to see him as the man she’ll marry.
Reviews from Goodreads.com