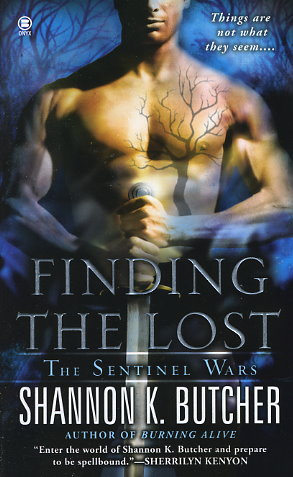 Share:
They are the Sentinels: three races descended from ancient guardians of mankind, each possessing unique abilities in their battle to protect humanity against their eternal foes -- the Synestryn. Now a young woman must put faith in a warrior whose power frightens her even as it draws her in.

Andra Madison knows that monsters are real. She's been fighting them ever since her family was victimized by the Synestryn eight years ago. Now she's devoted to finding children who've been abducted by the Synestryn. When she gets a call about a lost little boy, she tracks him to a warehouse on the outskirts of town, where she's aided by a trio of human men...or so she thinks.

Paul has been searching for centuries for a woman like Andra. To find her, he strikes a bargain with a bloodhunter that could cost him his life. Now his desire for Andra threatens to destroy his much-needed control. Against her wishes, Andra agrees to join Paul on a journey fraught with danger -- one that leads directly to the Synestryn.