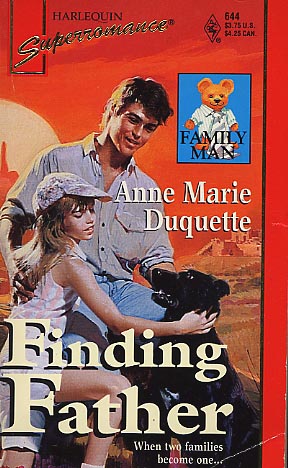 April Montgomery, age eleven, hasn't got a mother, and now she's withdrawing from her father, too. April's been keeping a secret from her dad, Cass, one she knows will hurt him deeply. If she tells him, maybe he won't love her anymore...

The Delacruz and Montgomery families are brought together by a dog--a dog they both claim. When they take their dispute to court, the judge orders them to spend time in each other's homes so the dog cam choose. This turns out to be the best thing that could possible have happened. Because now, with Mercedes's help, Cass will become the father both girls need. And the lover, friend and husband Mercedes needs.