Find Me A Spy, Catch Me A Traitor — Raymond Austin 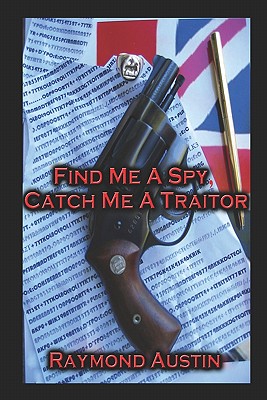 Share:
This tale is reminiscent of Hitchcock’s North by Northwest—a chase thriller, with Eddie Royal in the wrong place at the wrong time. Eddie Royal, an antique dealer returning to England aboard the Orient Express, encounters a beautiful woman, Sue Davey. Sue carries a coded message from an ex-KGB agent containing imbedded names of Russian agents (moles) operating in England, and the long sought-after traitor, the so-called “Fifth-Man,” still active in the UK after spies Blunt, Burgess, Maclean and Philby had been caught or defected in the 1950s. Eddie and Sue fight for their lives, narrowly escaping death. After being framed for murder, Eddie wants to surrender to the police. Sue tells him she’d eluded death by the French police in Paris at the Montmartre Cemetery, and how she was shot at in the Moulin Rouge, then later nearly thrown from the Eiffel Tower. They run for their lives.