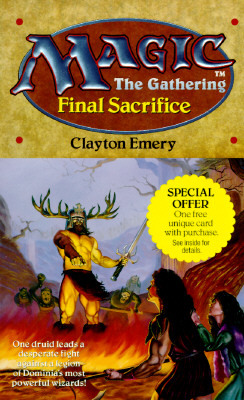 Share:
Years of fighting have come and gone--but now the last battle must be faced!

From frozen mountains to an ocean-drowned forest, from war-torn battlefields to the glowing crypts of Lat-Nam, the Archdruid Greensleeves travels with her ragged troops searching for spells to defeat an army of angry wizards and end their reign of terror. While Greensleeves uncovers ancient mysteries, Gull the Woodcutter fights a fierce battle with a Keldon Warlord who holds the key to an awful secret from the past.

With each fight, Greensleeves, Gull, and their outnumbered army realize that only one last desperate spell can save them all. But to unleash it, Greensleeves must be willing to make the final sacrifice.