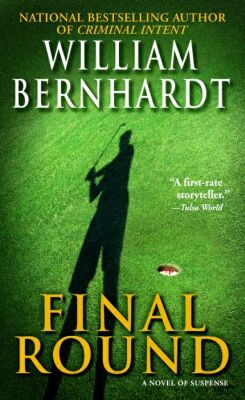 Share:
In the glamorous world of professional golf, one match is synonymous with excellence, tradition, and prestige. The Masters is played on the sweeping fairways of Georgia's exclusive Augusta National Golf Club, drawing its annual pilgrimage of Lear-jetting international superstars, the spotlight of the media, and throngs of fans. But this year, the tournament has attracted something else. A killer is coming to play a deadly game of his own.

For Connor Cross and John McCree, two pros who share a long friendship and a passion for golf, the April competition is a chance to catch up on old times, joke around, make some ill-advised bets, and generally calm each other's nerves before the play turns serious. But while John has always been able to get a grip on his game by tee time, Connor has never quite figured out how to throw the switch and focus. Then a killer strikes -- and for the reigning bad boy of the PGA tour, everything changes in a hurry.

The victim's wife begs Connor to try to find a murderer who threatens not only to kill again, but to destroy the Masters. And as Connor is drawn into the intrigue, a most remarkable phenomenon occurs. This maverick player shoots a sizzling round of golf. Suddenly, Connor is conquering a vicious slice, cleaning up his short game, and even listening to his caddie as he uncovers some jaw-dropping personal secrets of his fellow pros.

But as Connor -- in the company of an alluring female cop -- unravels a mystery of murder and uncovers the mystery of his inner game of golf, he also faces the greatest hazard of all. For with one round left to play, and the body count rising while his scores drop, Connor Cross is the next in line to die.

A gripping thriller set against the elite world of pro golf -- the way it looks when the cameras aren't turned on -- Final Round is the ultimate novel for anyone who has ever suspected that while golf may be the greatest game ever invented, playing it well can be murder.