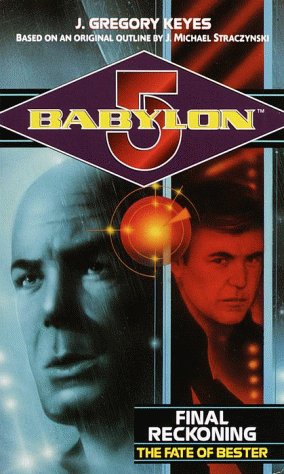 Interstellar Alliance President John Sheridan intervenes to stop the bloodshed as a new Psi Corps rises from the ashes. Its first mission: to hunt down and neutralize war criminals, individuals such as Bester himself. Once feared across the galaxy, the dreaded hunter becomes the fleeing prey--with Michael Garibaldi in hot pursuit.

Underground and on the run, Bester builds a new life on the ruins of his secret, sinister past. But as the forces of justice--and vengeance--close in, he must confront the hell he created, choose between surrender or survival at any cost, and prepare to make his final stand . . .

There is nothing as dangerous as a predator who has been cornered and has nothing left to lose.

The stunning finale to the new epic trilogy that uncovers the secret history of the Psi Corps.