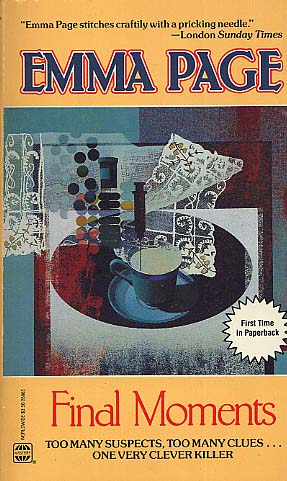 Share:
WHO WOULD WANT TO KILL LOVELY VENETIA FRANKLIN?
APPARENTLY JUST ABOUT EVERYBODY

With fair Venetia out of the way, several people were breathing easier in the tranquil suburb of Cannonbridge. Her exhusband, who was no longer paying her alimony demands. Her lover, a married man of wealth and position, now secure with his secret. Her mysterious "lover boy". And, of course, her killer.

But the clues were just a bit too pat, as Detective Chief Inspector Kelsey discovered. Something was missing--a vital piece of information. The missing thread that could tie a most ingenious killer, to a most heinous crime.