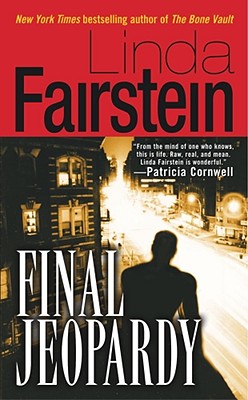 Share:
Alexandra Cooper, Manhattans top sex-crimes prosecutor, awakens one morning to shocking news: a tabloid headline announcing her own brutal murder. But the actual victim was Isabella Lascar, the Hollywood film star who sought refuge at Alex's Martha's Vineyard retreat. Was Isabella targeted by a stalker or--mistaken for Alex --was she in the wrong place at the wrong time? In an investigation that twists from the back alleys of lower Manhattan to the chic salons of the Upper East Side, Alex knows she's in final jeopardy... and that she has to get into the killer's head before the killer gets to her.