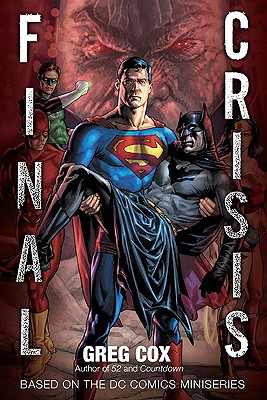 Share:
The novelization of the superhero event starring Batman, Superman, Wonder Woman, and the heroes and villains of the DC Comics Universe
Victorious at long last against his enemies on the world of New Genesis, Darkseid has unleashed the forces of Apokolips on Earth. With the secret of the Anti- Life Equation at his command, Darkseid now possesses the ability to eradicate all free will from humanity-and usher in an end to the age of super heroes.

Facing an ever growing army of mindless slaves and corrupted heroes, Superman, Batman, Wonder Woman, and the remnants of the Justice League of America find themselves consumed by the ever spreading darkness. They remain humanity's only hope-the only light that will not be extinguished in the world's darkest hour.