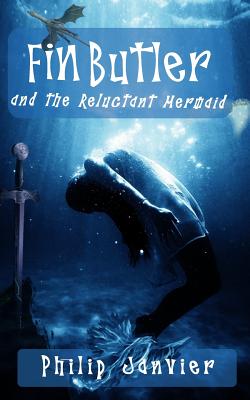 Fin Butler and the Reluctant Mermaid: A Children's Fantasy Adventure

Do you love Children's Fantasy Books? Then Fin Butler is here in this new and exciting third adventure in the series by Philip Janvier.

'I could not put it down!' 'Well written, full of action and it captures you from the first page.'
Fin Butler and the Reluctant Mermaid is a fantasy adventure for children aged 10-12 and older. Ravenswood House is no longer safe for Fin Butler and his friends Jenny, Eiry, Chloe and Ash. Sed is missing, the Wyvern has escaped and old enemies are gathering. Thrown into a new adventure, were they do not know who they can trust; they are forced to make difficult choices and live with the consequences. Testing their friendships to the core, Fin and his friends seek to discover the truth about themselves and those they fear. The Dragons awake and the search for Excalibur begins
Facing enemies, both without and within, they struggle against the Wyvern and only time will tell who will win. Full of sympathetic characters, wildly imaginative situations, and countless exciting details, the third instalment in the series assembles an unforgettable magical world and sets the stage for many high-stakes adventures to come.