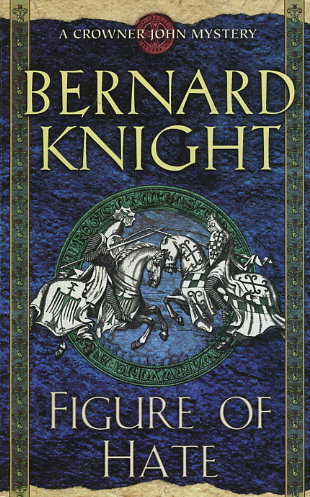 Share:
October, 1195. High-spirited young knights, drunken squires, pickpockets and horse thieves are pouring into Exeter for a one-day jousting tournament. Not even the discovery of a naked corpse in the River Exe can spoil the excitement.

During the tournament there's a serious altercation between Hugo Peverel, a manor lord from Tiverton, and a Frenchman by the name of Reginald de Charterai. When, two days later, Sir Hugo's bloodsoaked.body is found in a barn on his estate, dc Charterai would seem the obvious culprit. But there's no shortage of people who wished the hated Hugo dead. All three of his brothers have a motive; as do his stepmother and attractive young widow. The manor reeve, Warin Fishacre, had his own reasons to loathe his lord and master.

With so many suspects, Sir John de Wolfe, the county coroner, hardly knows where to begin. And just what is the connection between Sir Hugo's murder and the battered body in the River Exe?