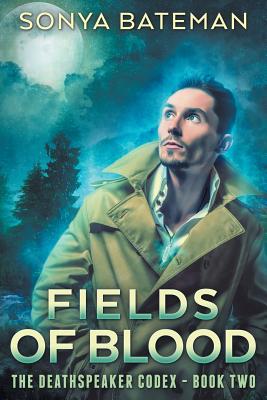 With the dangerous Milus Dei cult collapsed, Gideon Black is trying to get used to his new life as a half-Fae, and the DeathSpeaker -- a legendary Other with the ability to compel the dead to speak. But when freshly murdered bodies turn up in New York with ankh-and-sword tattoos identifying them as cult members, Gideon realizes the battle is far from over.

While dealing with a singing dead man and a powerful Seelie noble out for revenge, Gideon discovers that the remaining Milus Dei survivors have skipped town. Their new target: his werewolf friend Sadie's estranged pack in the Appalachian Mountains.

Sadie's younger sister has been abducted, and Gideon and his newfound brother Taeral offer to help get her back. But the rescue mission soon turns deadly as they uncover the cult's true target -- and find that Milus Dei is not only far bigger than the New York branch, but also developing a biological weapon to turn their soldiers into unstoppable killing machines, capable of taking down any Other.

And Sadie's blood holds the key to perfecting that weapon.
Reviews from Goodreads.com