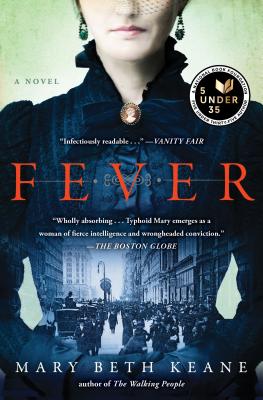 Share:
A bold, mesmerizing novel about the woman known as "Typhoid Mary," the first known healthy carrier of typhoid fever in the early twentieth century--by an award-winning writer chosen as one of "5 Under 35" by the National Book Foundation.

Mary Mallon was a courageous, headstrong Irish immigrant woman who bravely came to America alone, fought hard to climb up from the lowest rung of the domestic service ladder, and discovered in herself an uncanny, and coveted, talent for cooking. Working in the kitchens of the upper class, she left a trail of disease in her wake, until one enterprising and ruthless "medical engineer" proposed the inconceivable notion of the "asymptomatic carrier"--and from then on Mary Mallon was a hunted woman.

In order to keep New York's citizens safe from Mallon, the Department of Health sent her to North Brother Island where she was kept in isolation from 1907-1910. She was released under the condition that she never work as a cook again. Yet for Mary--spoiled by her status and income and genuinely passionate about cooking--most domestic and factory jobs were heinous. She defied the edict.

Bringing early twentieth-century New York alive--the neighborhoods, the bars, the park being carved out of upper Manhattan, the emerging skyscrapers, the boat traffic--"Fever" is as fiercely compelling as Typhoid Mary herself, an ambitious retelling of a forgotten life. In the hands of Mary Beth Keane, Mary Mallon becomes an extraordinarily dramatic, vexing, sympathetic, uncompromising, and unforgettable character.