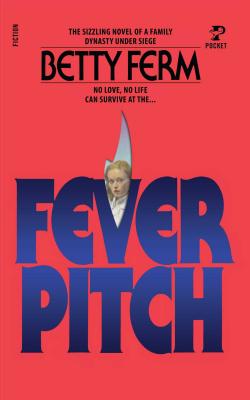 Share:
One man, two sisters, bound by crisis, torn by unpardonable love...Eva...tantalizingly beautiful playgirl, whose iron will and fierce determination got her what she wanted - usually...Val...brilliant doctor, too softhearted for her own good, dedicated to finding a cure for the world-ravaging plague...Brian...new president of Traynor Laboratories, beset by divided loyalties in the company and divided love for two sisters.

Inside the family-owned pharmaceutical firm, they were hostage to their private wars of sex, money, power - as tied to each other as they were to their secrets. And their human guinea pigs: Dangerous convicts from a local prison were subjects of the Traynor Lab's race to find a cure for the deadly fever that raged the world over, killing millions. They risked contamination by the virulent disease. But there was another risk that no one considered - a risk that could explode secrets, end in bloody slaughter and raise the Traynor torment to the fever pitch.