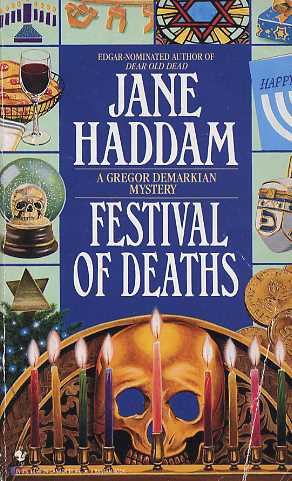 That's what Hanukkah in Philadelphia shapes up to be this year, as a killer stalks America's most outrageous talk show host from NewYork to the City of Brotherly Love--bailiwick of ex--FBI man Gregor Demarkian.

The good folks on Cavanaugh Street have cajoled Gregor into appearing on Lotte Goldman's always controversial TV show. The topic: Sex and the Serial Killer. But Gregor is soon drawn into a jungle of behind-the-camera politics and off-the-set malice. He'll have to outbluff a murderer...before death lights a candle for them all.