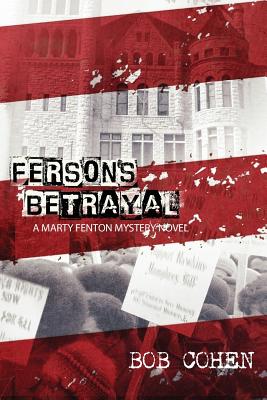 
It’s been a long time since Marty Fenton was in the PI business. He never saw himself as the glamorous variety of personal investigator, either—he mostly focused on proving cases of marital infidelity. He’s since moved on to seeking a Ph.D. in psychology. And he never expected his professor would be the one to drag him back into the game. Professor Singletary has a personal favor to ask of Marty. His good friend, Abraham, is an elderly, working-class man who has long been haunted by the death of his niece, Hattie. Once a feisty young woman, she lost her life when a peaceful civil rights protest turned hostile. Her killer was never found since Abraham and his family lacked the money to pursue her case. And Professor Singletary thinks that Marty is just the guy to solve a cold case that’s lain dormant for more than forty years. Marty has never investigated a murder before, and he’s certainly never tackled a cold case—let alone one that left even the authorities baffled. But Marty has the gumption to dive deep into the Civil Rights Movement of Syracuse, NY, seeking out one-time activists and friends of Hattie’s. These former champions of justice may have mellowed in their old age, but they all remember being young and fiery, and Hattie blazed brightest of them all. But not everyone was in love with Hattie’s brand of activism. Many of her former compatriots have since become pillars of the community—and all of these now-respected, upstanding individuals butted heads with her in the past. As he plunges into Syracuse’s past, Marty will confront history headfirst as he discovers, once and for all, who snuffed out Hattie’s promising young light.