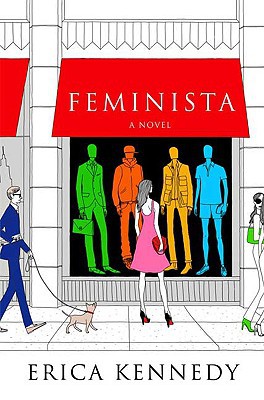 Share:
Sydney Zamora is fiercely independent, aggressively opinionated, and utterly self-made. She's reshaped her body (into the perfect sample-sale outfitted size 6, thank you very much), organized a life for herself as a celebrity journalist at hot magazine Cachet, and strides through the canyons of New York City like she owns them. There's just one problem: Sydney is so strong that she plays keep-away with men. But now that she's hitting her midthirties, she wants one. Badly. For her birthday, Sydney's sister ambushes her with the services of Mitzi Berman, $40,000 a shot Manhattan matchmaker extraordinaire. Mitzi also has her eyes on Max Cooper, the scion of Harvey's department store, the chicest place to shop in America. And nothing could make either Sydney or Max Cooper run faster than Mitzi, with her rules and her Brooklyn accent -- that is, if they didn't concede her a point or two.
Peopled with vivid, hilarious characters, Feminista is fast-moving fiction whose themes of independence, image and the com pli - cated relationship between the sexes in the working world recall the best of Rona Jaffe.