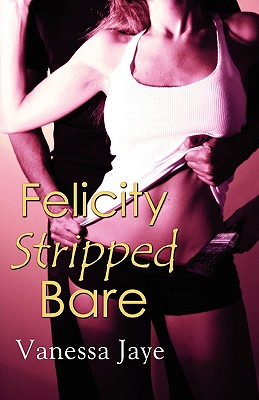 Share:
Just when things are looking up, she falls for the man of her dreams. It's been ten years since Felicity skipped out of high school, leaving behind the taunts of "retard." Things have hardly improved since then. Her job waitressing at a strip club is just one more tick in the "sucks" column of her life. Now she's signed up for tutoring and her future looks bright.until her hunky new landlord starts wreaking havoc on her libido. And did he just say, "Evicted"? Not so fast, buddy. She may be dyslexic, but she's not stupid. Daniel MacKenzie is this close to achieving his dream of setting up his own renovation company, so he's not interested in more demands on his time. Not even if one of those demands is a tenant wearing skintight jeans, teetering on four-inch heels and complaining a blue streak with the most kissable mouth on the planet. Despite his resolve not to mix business with pleasure, Daniel not only teeters, he tumbles head-first into the scorching sexual tension between them. He's a man who's used to getting what he wants, and he's not above pulling every trick in the book to get-and keep-Felicity in his life. But she's holding something back. And he's afraid it's her heart.