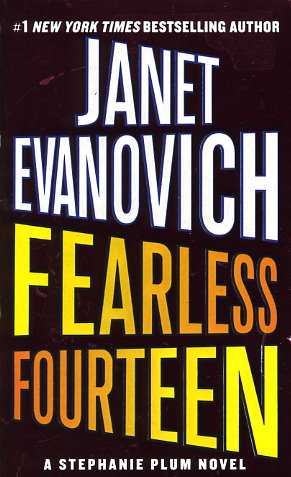 
Personal vendettas. Hidden treasure. A monkey named Carl. In her latest adventure, bounty hunter Stephanie Plum is as FEARLESS as ever...

THE CRIME: Armed robbery to the tune of nine million dollars. Dom Rizzi robbed a bank, stashed the money, and did the time. His family couldn't be more proud. He always was the smart one.

THE COUSIN: Joe Morelli. Morelli is Dom's cousin. He's also a cop. Less than a week after Dom's release from prison, Morelli has shadowy figures breaking into his house and dying in his basement. Meanwhile Dom has gone missing.

THE CATASTROPHE: Moonman. Morelli hires Walter "Mooner" Dunphy, stoner and "inventor"-turned-crime fighter, to protect his house. Morelli is low on cash. Mooner will work for potatoes.

THE CUPCAKE: Stephanie Plum. Stephanie and Morelli have a long-standing relationship that involves sex, affection, and driving each other nuts. She's a bond enforcement agent with more luck than talent, and she's involved in this bank-robbery-gone-bad disaster from day one.

THE CRISIS: Ranger. Security expert Carlos Manoso, street name Ranger, has a job for Stephanie that will involve night work. Morelli has his own ideas regarding Stephanie's evening activities.

THE CONCLUSION: Be fearless. Read FOURTEEN!