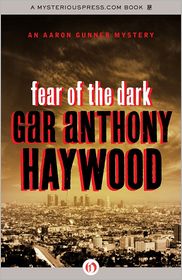 Share:
Black private investigator Aaron Gunner, hired to find the white man who walked into the Acey Deuce bar in South Central Los Angeles to blow away the owner, J. T. Tennell and Buddy Dorris of the Brothers of Volition, a black activist group. Buddy's sister, Verna Gail, feels the murder isn't getting enough police attention and hires Gunner, a P.I. who's trying to quit the business. He discovers that the killer is Denny Townsend, a white supremacist working on the fringes of a campaign to elect Lew Henshaw, a politician running on a law-and-order platform. Before Gunner can talk to Townsend, he finds him shot to death in Gunner's car. The cops are suspicious of Gunner, who soon is framed for the killing of Townsend's friend and possible accomplice, Stanley Ferris. To save his own neck, and to keep L.A. from erupting into racial violence, Gunner must find the connection between the politician, a local drug dealer and the Brother's charismatic leader, Roland Mayes.