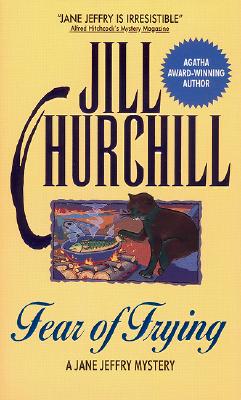 Share:
When Jane agreed to accompany her best friend Shelley into the wilds of Wisconsin to check out a summer camp for suburban kids, she wasn't warned just how wild the little adventure might be. A lack of electricity, ranting from a local loony, and the natural wonder of a cookout in the cold rain were bad enough. Nobody guessed that murder would be on the menu too.

Alone at the remote campsite after their soggy supper, Jane and Shelley made a terrible discovery. Someone had used a heavy-duty frying pan to cook up a tasteless after-dinner murder, leaving the deadly culinary weapon on the ground next to the unfortunate victim. But by the time the crime was reported, the ingredients -- both pan and body -- had mysteriously vanished and the women's credibility was being seriously questioned. And when the "corpse" shows up, alive and well, without so much as a bump on the head, Jane knows she'd better investigate, before she's suspected of having a problem with her own head...and before someone gets away with a most bizarre recipe for murder.