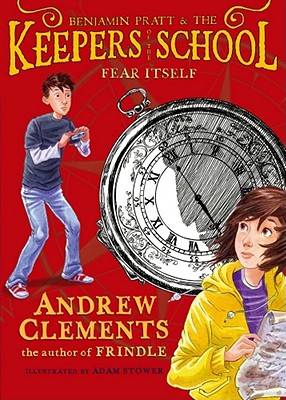 Share:
THE KEEPERS OF THE SCHOOL ARE BACK,
and Ben and Jill must face some scary facts. In just twenty-four days, a wrecking ball will smash two hundred years of history. They know things are hidden all around their school, things that could stop the new amusement park project. But Ben and Jill have nothing except a handful of cryptic clues, and the first one is driving them crazy: "After five bells sound, time to sit down." During their hunt, there are secret searches. sudden accusations, puzzling discoveries, and a pair of daring raids -- not to mention constant threats from Lyman, the creep who's posing as the school janitor.

Even if Ben and Jill can somehow conquer fear itself, how are they going to deal with all the other stuff -- things like self-confidence, trust, and friendship?

It's not just their school that's under attack ... not by a long shot.