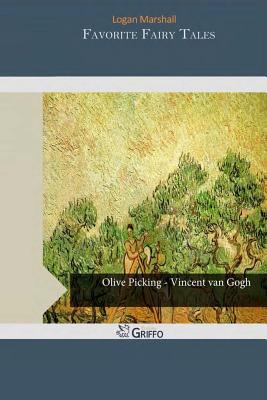 Logan Marshall was the pen name of Logan Howard-Smith. Howard-Smith attended the University of Pennsylvania and graduated in 1905. Upon graduation he took a position as assistant editor at The John C. Winston Co., a publishing firm. Winston was later acquired by Henry Holt and became part of Holt, Rinehart & Winston. At Winston, Howard-Smith both edited and wrote a large number of books, mainly under the pen name Logan Marshall. These were often quickly produced and designed to satisfy public curiosity concerning a current event. FAVORITE FAIRY TALES The original blurb to this book read, "This is a collection of the fairy tales that children love best, told in simple language and lavishly illustrated. They are written by various authors, a selection of the best and most popular fairy stories, culled from many sources and here collected and presented in most attractive form, printed in large clear type, with many pictures, some of them colored." Well, this isn't an illustrated edition -- Aegypan may do those, some day, but we don't now -- but the rest is still true. What's also true, and not apparent from the original blurb, us that we like this book a lot. We don't reprint books we don't like, and especially don't do lousy kids' books our own children might get ahold of. So Enjoy This is something special.
Reviews from Goodreads.com