Fathers & Other Strangers — Evelyn A. Crowe 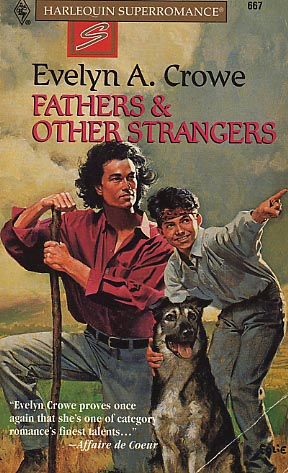 Matt Bolt. A top homicide detective before he made one--almost fatal--mistake and ended up with a bullet in his chest, another in his leg. And now to complicate matters, his son-- a child he's seen only twice in ten years --is placed in his care.

Bolt's life is a shambles, his house a wreck--and he can't cook. Worse, his son seems to hate him. Then, as if he doesn't have enough troubles, he's suddenly stuck with Virginia Carney, a woman running from her past. Running for her life.

Matt Bolt's a stubborn man; even he admits that. He's never asked anyone for help, but he needs it now. Still, he has two questions: First, is Ginny's presence in his home likely to be a danger to his son? Second, can she cook?

He's sexy, he's single... and he's a family man! Can any woman resist?