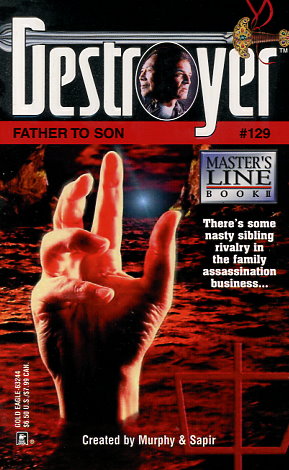 For Remo, Sinanju's Holiest tradition is "cash up front"

But as his long road to the rank of Reigning Master of the venerable house of assassins nears its end, the Time of Succession ritual begins. For the enforcement arm of CURE, this means making his way around the globe, killing the best assassins money can buy -- and proving to kings and presidents alike that Sinanju is the primo strategic weapon around.

For a reasonable fee, of course.

But there is a storm cloud on the horizon of Chiun's retirement and Remo's promotion: a dark nemesis has been reborn from the fires of evil and has unleashed his plot for vengeance. He starts by looting Chiun's treasure-filled basement in Sinanju. But he won't stop until he has fulfilled a prophecy of doom that even Chiun may not be able to thwart: the death of the Destroyer.