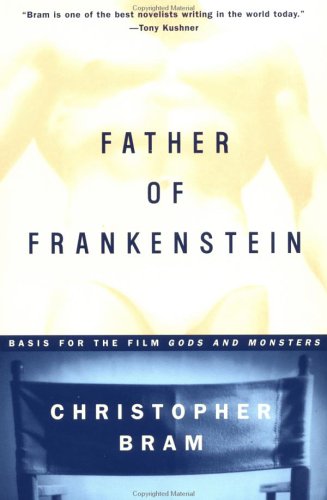 Share:
In 1957 James Whale, the director acclaimed for such classic horror films as Frankenstein and Bride of Frankenstein, was found at his Hollywood mansion, dead of unnatural causes. Christopher Bram, whose social insight and wit have earned him comparisons to Henry James and Gore Vidal, explores the mystery of Whale's last days in this evocative and suspenseful novel.

Home from the hospital after a mild stroke, Whale is convinced that his time has come to die. Increasingly confused and disoriented, his mind is overwhelmed by images from the past: his working-class childhood in Britain, lavish Hollywood premieres in the 1930s attended with a nervous lover, meeting Garbo, parties with Elsa Lanchester, Charles Laughton, and Elizabeth Taylor, nightmares from his own movies. Handsome ex-marine Clayton Boone, an angry loner who is Whale's gardener, becomes the focus of a fantastic plot Whale devises to provide his life with the dramatic ending it deserves. Suggesting influences as diverse as Sunset Boulevard and the works of Christopher Isherwood, Father of Frankenstein is a rich yet cutting look at fame, mortality, and hidden desire. Often praised for his singular take on history, culture, and sex, Bram has surpassed himself with this ingenious new novel.