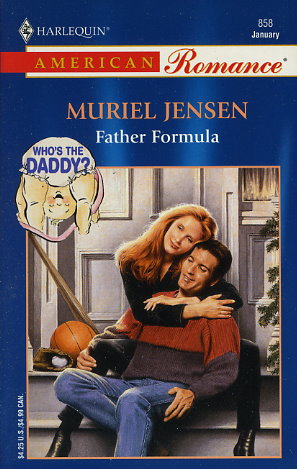 Ex-CIA agent Trevyn McGinty had sworn off love and commitment. But when he met Alexis Ames at a masquerade ball, he managed to lose his heart to her in just a few short hours. Then suddenly Alexis was gone, like some heroine of a fairy tale -- and all Trevyn had of her was a memory....

Alexis Ames, one of identical triplets, hadn't forgotten Trevyn either. Not his smile, not his touch. And not why she'd gone to the masquerade party in the first place -- to find out his real identity. Now with her missing sister about to give birth, would Alexis discover how Trevyn fit into her sister's disappearance before she fell even further in love with a stranger?

WHO'S THE DADDY?
Three identical sisters, three handsome bachelors and one enchanted night -- nine months later, one woman is about to become a mother, but WHO'S THE DADDY?