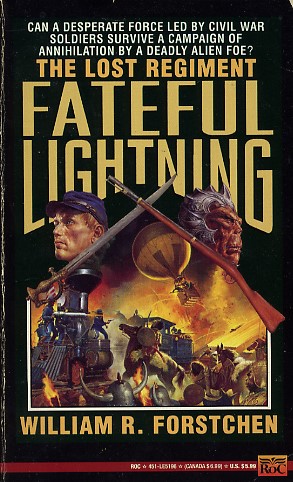 Andrew Keane, formerly a Northern colonel in the American Civil War, was now leading a mixed force of humans snatched from assorted periods in history on a desperate flight from an enemy more horrific than any nightmare. The alien Merki hordes, to whom all the humans brought to this distant world were cattle to be harvested at will, were mobilizing to destroy the humans in payment for the assassination of their revered warlord. And, his own military lines overextended, Andrew saw no alternative except to retreat, burning the land behind him as he went.

But retreat would offer only a temporary respite. For when the thirty days of mourning their leader were at an end, the Merki slaughterers would sweep forth to conquer, under a bold new warlord--the ruthless, ambitious Tamuka, who had sworn to leave no human alive on the face of the planet!