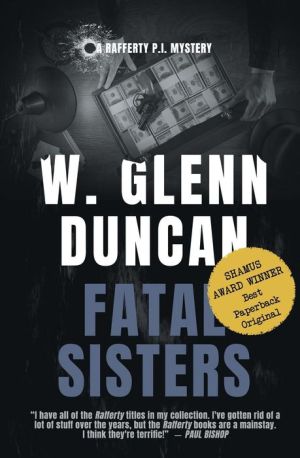 Share:
Naive housewife Patty Akister believes he missing husband is a 'secret agent' on a 'mission.' Jaded P.I. Rafferty believes otherwise, but he?s not about to burst the lady's bubble. The way Rafferty sees it, what Patty Akister doesn't know won't hurt her. On the other hand, what Patty?s husband, Sherm, did know has gotten him killed, execution-style, and gotten Rafferty the thankless job of finding out why. It doesn't take an intelligence agent to figure out that the murder has nothing to do with foreign spies, and plenty to do with Mafia wiseguys. But with two eyewitnesses to protect, Rafferty's the one who has to hustle when the mob starts closing in and time starts running out.