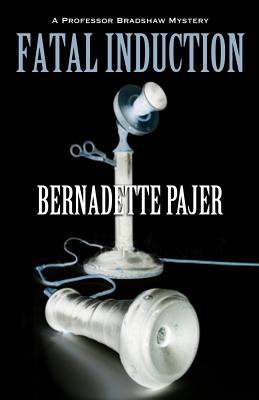 Share:
Seattle, 1901. The race to win an electrical competition incites Professor of Electrical Engineering Benjamin Bradshaw's obsession for invention in the second entry to this exciting historical series. The contest winner's telephonic system will deliver music from the Seattle Grand Theater to homes throughout the city, and Bradshaw is confident he can win.

Before he can enter the contest, Bradshaw discovers what is thought to be a gypsy wagon suddenly abandoned behind his house. What happened to the father and child who lived in this cart? Then President McKinley is assassinated, casting Bradshaw and the entire nation into shock. However, Bradshaw is captivated by a crime closer to home: the peddler's child may have witnessed a murder. He follows the girl's trail, plunging into a seedy underworld of bars and brothels.

Frustrated by the police department's apathy and caught between power struggles, he doesn't know whom to trust. Each step of his investigation entangles him deeper in crime and corruption until he realizes that to save the child, he must transform his contest entry into a trap to catch a killer.

Bradshaw's electrical forensic and investigative skills, combined with a keen understanding of human nature, bring the Seattle police -- and murder -- to his doorstep during the social and scientific turmoil of the early twentieth century.