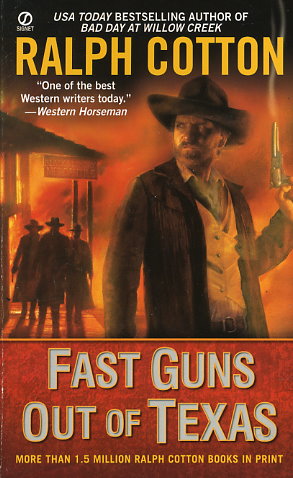 These are the words, crudely scrawled on a sign, that greet Cray Dawson when he arrives in Crabtown, Montana. Once, Larry Shaw and he gained notoriety as quick-draw artists in Texas, and he's surprised that his saddle partner was gunned down. But when Dawson pays his respects, it isn't Shaw who's headed for boot hill.

Turns out Shaw faked his death so he wouldn't have to spend the rest of his days looking over his shoulder. Hoping his amigo can live in peace, Dawson rides off to start his own future as a gold prospector in Black's Cut. But trouble always comes easy for a gunman. And it isn't long before Dawson runs afoul of the town's ruthless founder--and he's reunited with the last person he expects to see.