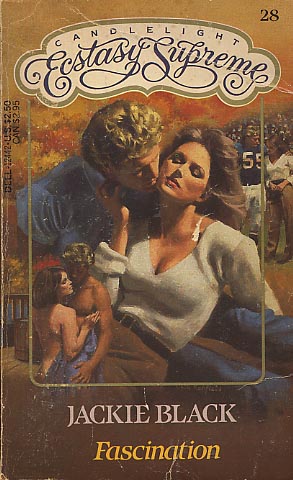 Share:
She'd been warned. Star quarterback Jack Thayer pulled no punches. His philosophy was strictly "love 'em and leave 'em," and Colby Dalton, he insisted, was just not "his type."

But from the first moment they met, Colby was convinced that the man of her dreams had appeared in the flesh. As she followed the Indians' winning season ... as she appointed herself first his very personal fan ... then nurse to a rambunctious blue-eyed giant with a broken leg and an all too lusty spirit... she hadn't a doubt he needed her, needed her love and care. In all her life Colby had been bruised but never badly hurt. Now she was playing Romantic Roulette, refusing to step out of the line of fire, so certain they were meant for each other... that each act of resistance on Jack's part was merely a crumbling defense... that every "No" was simply a prelude to a more passionate, enduring "Yes!"