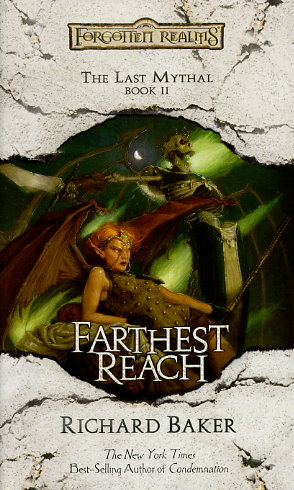 Share:
The fires of hatred, vengeance, lies, and ambition burn in Cormanthor.

SARYA DLARDRAGETH has gone to ground in the ruins of Myth Drannor, seething with hatred for the elves she thought would be easier to defeat.

MALKIZID has been summoned from the Outer Planes to serve House Dlardrageth, but this servant won't rest until he's become the master.

MYTH DRANNOR is a symbol of the elves' greatest failure, but can it one day rise again as their greatest victory?