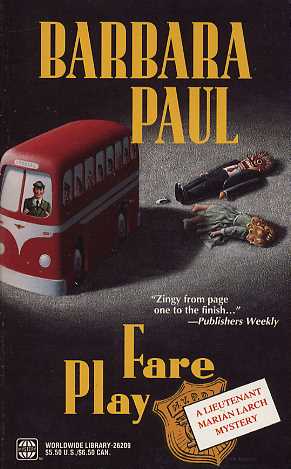 Newly promoted to lieutenant in the NYPD, Marian Larch must take everything that comes with the job: prestige, pay, problems...and diabolical murder.

The first victim is an elderly gentleman shot on a crowded bus, silently and skillfully. But why did no one--including a detective who was tailing him--see anything? The next victim is a young woman on a subway. Same MO--a sneak attack, no chance for the victim. Marian suspects a hired killer is involved.

As she wages private love and war with former FBI hacker Curt Holland and tackles an overzealous fan of her actress friend, Marian uncovers a murder ring that leads her to a killer--and to those willing to pay for his services.