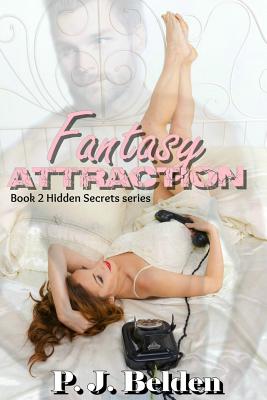 Everyone has secrets… How far would you go to keep them hidden? Carson blames himself for everything his sister, Kayla, went through and the guilt is eating him alive. As a reigning kickboxing champion, he could do some serious damage on a good day. Trapped in a self-destructive spiral of violence and anger, a sudden loss of control could cost him his career…until one fated call connects him to a voice that calms the storm within. Colleen Austin has run as far as she could from a past of pain and disappointment. Fulfilling the fantasies of the men (and women) who call her each night helps to push that past further away. She’s happy with her life and the friend she’d made in Kayla, until one phone call sets her life on fire. And where there’s fire, there’s smoke your enemies can see from miles away. Colleen and Carson need each other as much as they want each other. Their attraction is instant, intense and undeniable, but can it survive when the real-life secrets from their pasts collide with their present? Or is it simply a Fantasy Attraction that could destroy their future?
Reviews from Goodreads.com