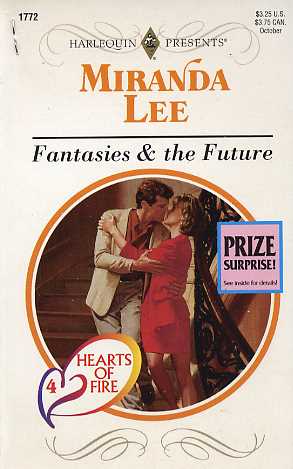 Welcome to a glittering new six-part saga set in Australia. This, and every novel in the set, features a gripping romance that stands by itself, as the passions, scandals and hopes that exist between two fabulously rich families are revealed. But you'll also find yourself hooked throughout the series, as Gemma Smith searches for the secret of her true identity and fights for ruthless seducer Nathan Whitmore's love...

"You've no idea, Ava, just how many bored and neglected women there are around Sydney, and a lot of them look upon men like me as easy meat."

The guy who came to mow the lawns turned out to be as stunning as any of Ava's fantasies, though she soon realized Vince Morelli thought she was just another rich, lonely lady looking for excitement. But, all the same, Vince's arrival meant an end to Ava's narrow, virginal existence.

Life was changing for Gemma, too. But maybe for the worse--those evil rumors that Damian Campbell whispered to her about Nathan couldn't be true...could they?