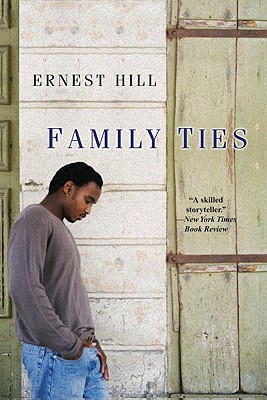 Share:
In the acclaimed A Life for a Life, Ernest Hill created an unforgettably candid story of violence, love, and redemption with teenaged D-Ray Reid at its center. Now, with his jail time behind him, D-Ray has returned home to find that the real fight for survival is only beginning.

Everyone was shocked when Mr. Henry took D-Ray Reid under his wing. After all, Mr. Henry's real son, Stanley, was murdered by D-Ray--a crime D-Ray committed to save his brother, Little Man. Yet in the years since, Mr. Henry has tried to show D-Ray how to become the man Stanley would never be.

After Mr. Henry's death, D-Ray seeks out his own mother, Mira, hoping to rebuild their broken relationship. But D-Ray's homecoming is more tumultuous than expected. Arrested for a crime he didn't commit, Little Man has escaped and is in hiding. Mira blames D-Ray for Little Man's troubled history, but she has her own secrets to hide. And putting things right will mean uncovering a legacy of lies and hidden agendas, and realizing the only way to be free of the past is to stand tall and confront it at last.