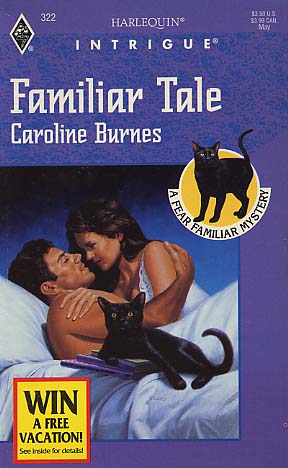 Share:
Fear Familiar:
Join the coolest feline detective to ever take on mystery, mayhem and matchmaking.

scandal rocked a Southern town. When Mobile's favorite son was accused of kidnapping, reporter James Tenet scooped the story of a lifetime. But he'd only scratched the surface -- even the scent of gardenias couldn't disguise the reek of deceit that hung in the humid air.

Only one angry female stood in his way. As the accused's friend, Jennifer Barkley was James's only link to the truth behind the ugly rumors. And while he adored the furious flash of her eyes, James knew he had to -- wanted to -- kiss and make up.

Maybe Jennifer's feline friend, Familiar, was his way to her heart... and the rest of the story. But there were two things James couldn't understand -- cats... and women.