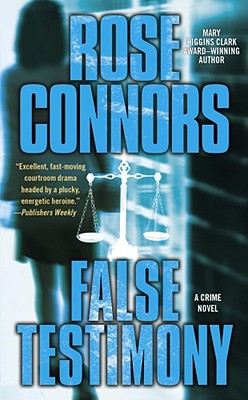 Share:
Charles Kendrick, the senior United States Senator from Massachusetts and a high-profile resident of Barnstable County, has been named a "person of interest" in connection with the disappearance of his twenty-five-year-old spokesperson, Michelle Forrester. A multistate manhunt is already under way, and District Attorney Geraldine Schilling is pressuring Kendrick for an interview, which his lawyer doesn't want to grant. His lawyer is Marty Nickerson, and the Senator laughs at her advice to keep quiet.

He isn't laughing three days later, when Geraldine informs him that parts of his story don't check out. It seems the Senator lied. Could he be hiding an extramarital affair with a young and beautiful staffer? Or something worse?

The Senator's troubles coincide with another trial that Marty and her law partner -- and lover -- Harry Madigan, have been preparing for. They are scheduled to defend ex-con Derrick Holliston against a felony murder charge. Holliston, a juvenile delinquent turned adult offender, stands accused of murdering a popular Chatham priest on Christmas Eve during a burglary. He admits the killing, but claims, in an improbable version of the night's events, that he acted in self-defense.

What does a lawyer do when she discovers her client may be a liar, or worse? What are her legal and ethical obligations? And what happens when the client insists on representing himself in court? Marty Nickerson struggles with these morally ambiguous legal issues as she defends two men who are almost surely guilty...or are they?

Marty and Harry must confront the law in all its maddening complexity, battling for and against their own cagey clients in order to see justice served.