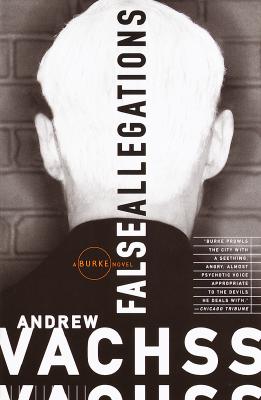 Share:
Burke, ex-con, mercenary, and rumored hit man, makes his living by preying on New York's most vicious predators and occasionally avenging their innocent victims. But in this mercilessly suspenseful novel, Burke finds himself working the other side of the street, where guilt and innocence are as disposable as the sheets in a Time Square hotel … and as dirty.
Burk's new employer is Kite, a fanatical crusader who specialized in debunking “false allegations” of child sexual abuse. Kite has a case that may be the real thing, but needs Burke to tell him if it is. And if mere money can't persuade Burke to cooperate, Kite has plenty of other incentives at his disposal, including an over-zealous bodyguard with a taste for corsets and brass knuckles. A tour guide to hell written in icy prose, False Allegations is Andrew Vachss at his most unnerving.