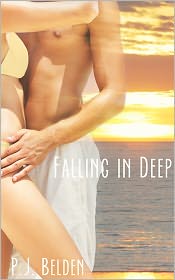 “Life is an adventure.” That is what everyone kept telling Angie Waters when a group of her friends wanted to go parasailing. She had been adamant about not going at all until her best friend, Jacob Scott, said he would do it if she did.

Jake could not stand the idea of going parasailing. He was afraid of heights. Well not so much the being up high, but the falling so far. He figured his only way out, without looking like a pansy, was banking on his best friend, who never took a risk in her life, to say no. Imagine his surprise when she agreed.

Parasailing was the easy part. All they had to do was wait for the boat to move and the wind to catch their sail. Any idiot could pull that off. However, when a sudden storm comes in and winds pick up, blowing Angie and Jake way off course and into the middle of nowhere is where the real challenge began.

Would they survive to be rescued? Will the stress win over and cause them to lose their best friend? When feelings begin to change from a friendly level, how long can they resist giving in? The pressure of not knowing if they will survive to see tomorrow weighed heavily on their shoulders. Their lives were about to become an adventure they would never forget and could change their lives forever.
Reviews from Goodreads.com