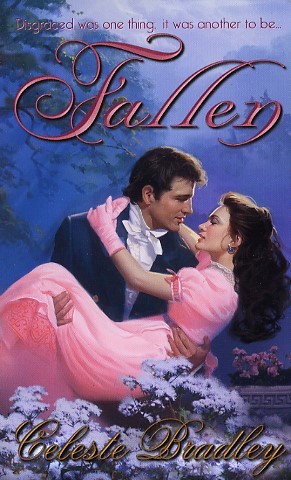 When Izzy went to bed, she never expected to awaken to disgrace. Of course, it felt wonderful... warm hands on her flesh, rough stubbled skin on her cheek. It all seemed some wonderful dream. But that hardly mattered to the ton. To them, she was ruined, for Lord Eppingham Julian Rowley had been discovered in her bed, and she'd claimed him as her own. Why had she done it? Why had she brought ruination to her name and dishonor to her family -- dishonor that could only be erased by marriage? She had not wanted to trap the handsome rake in wedlock. Though she might fall forever into his golden-brown eyes, marriage to any man was not something she sought. Nor had she acted from any true fear of the ton's disdain. It had been something in his touch, his kiss. Something had called out to guard Julian from ruination, to place herself in the way. If to save this man meant to be fallen, so be it. And in saving him, she just might save herself.