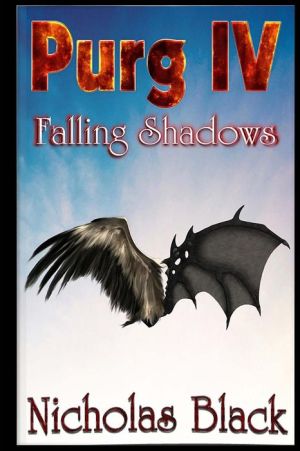 In Book 4 of the Purgatory Series, the forces of Heaven and Hell will grow closer to war as the fight between good and evil spills out onto the earth. With an ending so shocking it will change all you know about good and evil, new warriors will rise and conspiracies will be uncovered.

Ordered by Lucifer, a bounty hunter is sent from Hades to track down the renegade Angel, and deliver him back to his brothers. But this is no ordinary skip tracer... The legendary Deegan Prost — the one who originally captured the three Angels who were crucified in front of Hades — hunts for Mavet, and endulges his horrifying urges.

Detective Shane Abbot follows the cryptic clues all the way to the Vatican, having no idea of the magnitude of what he’s really investigating. Witness a new breed of monster lurking among us. The end of Days grows nearer, and humanity has no idea just how close they are to the brink of war.