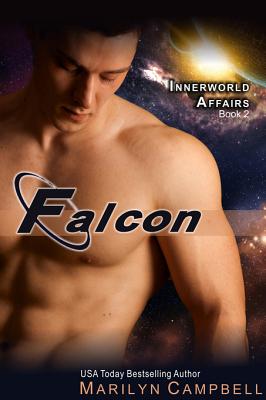 
Falcon, a gifted half-breed tracker, is in San Francisco to retrieve a ring stolen from Innerworld, located in Earth's core. Too many Terrans are dying at the hands of the billionaire thief experimenting with the ring to gain access to Innerworld.
What should have been a simple assignment is quickly complicated by repeated encounters with Stephanie Barbanell, a Terran investigator hired by the wife of a scientist kidnapped by the billionaire.
Stephanie has always worked alone, and Falcon is not worthy of trust. But joining forces with the mysterious man seems the only solution to rescuing her client's husband... until the forced proximity ignites overpowering and unwelcome desires.
Stephanie's experience has taught her that sex equals loss of independence. A sexual virgin, Falcon believes submission to his human half will strip him of his superior abilities.
But success of the mission will require both... regardless of the loss.
Previously titled: Topaz Dreams
REVIEWS:
"Falcon is the] embodiment of every woman's secret fantasy." Romantic Times
..".pure erotic, provocative sensuality... Fantastic fantasy " Rendezvous
..".grabs you from the beginning and won't let go" Johanna Lindsey
The Innerworld Affairs Series, in order
Romulus
Falcon
Gallant
Gabriel
Logan
Roman
MEET MARILYN CAMPBELL:
Marilyn Campbell is a USA Today Bestselling author and a true thrill-junkie who believes a great roller coaster ride can cure whatever ails her. Marilyn resides in the Sunshine State, with her four-legged companions, Milk-Dud and Sweetie.